Big, live fashion shows are not happening in this time of COVID-19, and Gucci — whose influential creative director already wanted to curtail the madness of fashion’s relentless cycle — has found a chic way to present its upcoming collection. This week, the Italian luxury brand is hosting GUCCI Fest, a digital fashion and film festival on its YouTube channel.

Gucci’s curated selection of short films feature the work of 15 emerging fashion designers and directors from around the globe. The centerpiece of the virtual festival is a seven-part collaboration between Gucci’s creative director Alessandro Michele and filmmaker Gus Van Sant.

Their mini-series Ouverture Of Something That Never Ended follows Silvia Calderoni, a nonbinary actress, writer, dancer and DJ, who goes about the day in Rome while casually wearing fabulous Gucci clothes. First, she’s moving around the apartment, in black tulle lingerie and gold mules. Later, in a sparkly pink turban and flouncy, layered silk georgette gown with sequin embroidery. There’s no real plot to the series; it’s seven vignettes meant to highlight the collection and offer what Michele calls, “a stream of tiny accidental events and delicate relations.”

Written and co-directed by Michele, the idea for these experimental films began with his pondering, “What life do clothes get when they stop walking down the catwalk … when the runway spotlights fade out?” The first episode follows Calderoni’s morning routine, waking up, brushing her teeth, stretching and being kissed by a friend on a bicycle inside her apartment. On the TV, Spanish philosopher Paul B. Preciado gives a lecture about gender theory. At one point, he addresses Calderoni directly in English: “This revolution is going to be about love. About changing desires.”

Calderoni flings a dress from designer Michele’s first Gucci women’s collection over a balcony. On the soundtrack is a new Billie Eilish song “Therefore I Am” and music from Kim Gordon.

In other episodes, Calderoni meets Gucci-clad friends at a café, a post office, a vintage clothing shop and a theater. Gucci fashion models populate her world, and there are cameos including playwright Jeremy O. Harris, pop star Harry Styles and musician and poet Arlo Parks.

“I was trying to experiment, I love to experiment,” Michele told NPR from Italy. Bearded, with a moustache and long hair, he wore his signature “outlaw” look, with loads of bracelets, jewelry and white faux fur draped over his shoulders.

He wants to remind people that clothes are part of our identity and our lives. Michele talked about the films he dreamed up, starring his friend Silvia Calderoni and his fashion models. “It’s a way to really get back to the original idea and soul of the dress, kind of alive, with real people,” he says. “This was not any more about the catwalk. It exists in another shape, you know? I was thinking, too, to make this crazy story about Silvia’s life every day and little gestures and movements and fascinating people that she meets.”

Michele, born in Rome in 1972, studied at the city’s Academy of Costume and Fashion. He worked for Italian knitwear brand Les Copains and luxury house Fendi under Karl Lagerfeld, before Tom Ford poached him to design for Gucci in 2002, starting with bags. By 2015, he rose to become Gucci’s creative director and is credited with reinventing the brand with a nostalgic, androgynous “magpie” look. He’s long advocated for ways to express fashion beyond the runway. After the coronavirus pandemic shut down the world, Michele says he had time to think. He upended the fashion calendar by announcing Gucci would limit the number of its collections and runway shows from five or more every year, to just two.

“I will abandon the worn-out ritual of seasonalities and shows to regain a new cadence, closer to my expressive call,” he posted to Instagram in May. “We will meet just twice a year, to share the chapters of a new story. Irregular, joyful and absolutely free chapters, which will be written blending rules and genres, feeding on new spaces, linguistic codes and communication platforms. And beyond, I would like to leave behind the paraphernalia of leitmotifs that colonized our prior world: cruise, pre-fall, spring-summer, fall-winter. I think these are stale and underfed words.”

This new series of short films are part of the Gucci story, a company about to celebrate its centennial in 2021. Michele says he wanted to give his collection, “a life, a person, a face, a character. It was the moment, in a way, to open the door of the boutique, you know? It’s pretty crazy that for such a long, long time, fashion was like a box, completely closed.”

With a lifelong appreciation of cinema, Michele teamed up with one of his favorite directors, Gus Van Sant, whose film My Own Private Idaho, is now an LGBTQ classic. River Phoenix and Keanu Reeves play street hustlers. Van Sant says the new Gucci films have familiar elements.

“There was a lot of open-ended ideas happening in My Own Private Idaho that I’m still kind of using,” Van Sant said from Italy. “There is sort of an alternate reality and a dreaminess.”

To film the episodes for Gucci, Van Sant returned to Rome last month where, it turns out, he filmed scenes of My Own Private Idaho 30 years ago. He even stayed at a hotel on same the Piazza del Popolo. Van Sant says he welcomed the collaboration with Michele. “I think it was a spontaneous idea to make something within just a few weeks. I sort of found that exciting, challenging and like something I had done before.”

Like My Own Private Idaho, the Gucci vignettes were written by Michele not as a screenplay, but as descriptions of the action, mood and tone. “We were working with something that wasn’t a normal story, I guess you’d call it, ” Van Sant says. “There was no particular roadmap, so it was like a spontaneous poem.” He says the films were mostly about locations, fashion and people that Michele loves. “It’s more emotional rather than it is a plot or a step-by-step, beginning, middle, end story. You could probably play the episodes out of order and it would still be the same.”

Since they were in Rome, Van Sant wanted to add some Felliniesque touches. For example, after shooting the café scene, he dubbed the character’s voices. “The way Fellini would would make his films, adding the voices later, he would actually change the story, which we were also doing,” explains Van Sant. (Curiously, Federico Fellini and River Phoenix died on the same day, Oct. 31, 1993).

Like Van Sant’s films, the new Gucci episodes have a meditative rhythm. At a time when people are isolated and lonely, Michele wanted to present his collection this way, offering his romantic vision of a freer world. “Silvia’s life is a dream time, is a magical time, is a time that doesn’t exist,” he says. “But it’s a time that reflects our simple and fascinating life of little things. But they are very powerful, you know?”

Powerful and fascinating, like wearing a Gucci outfit for a day in Rome. 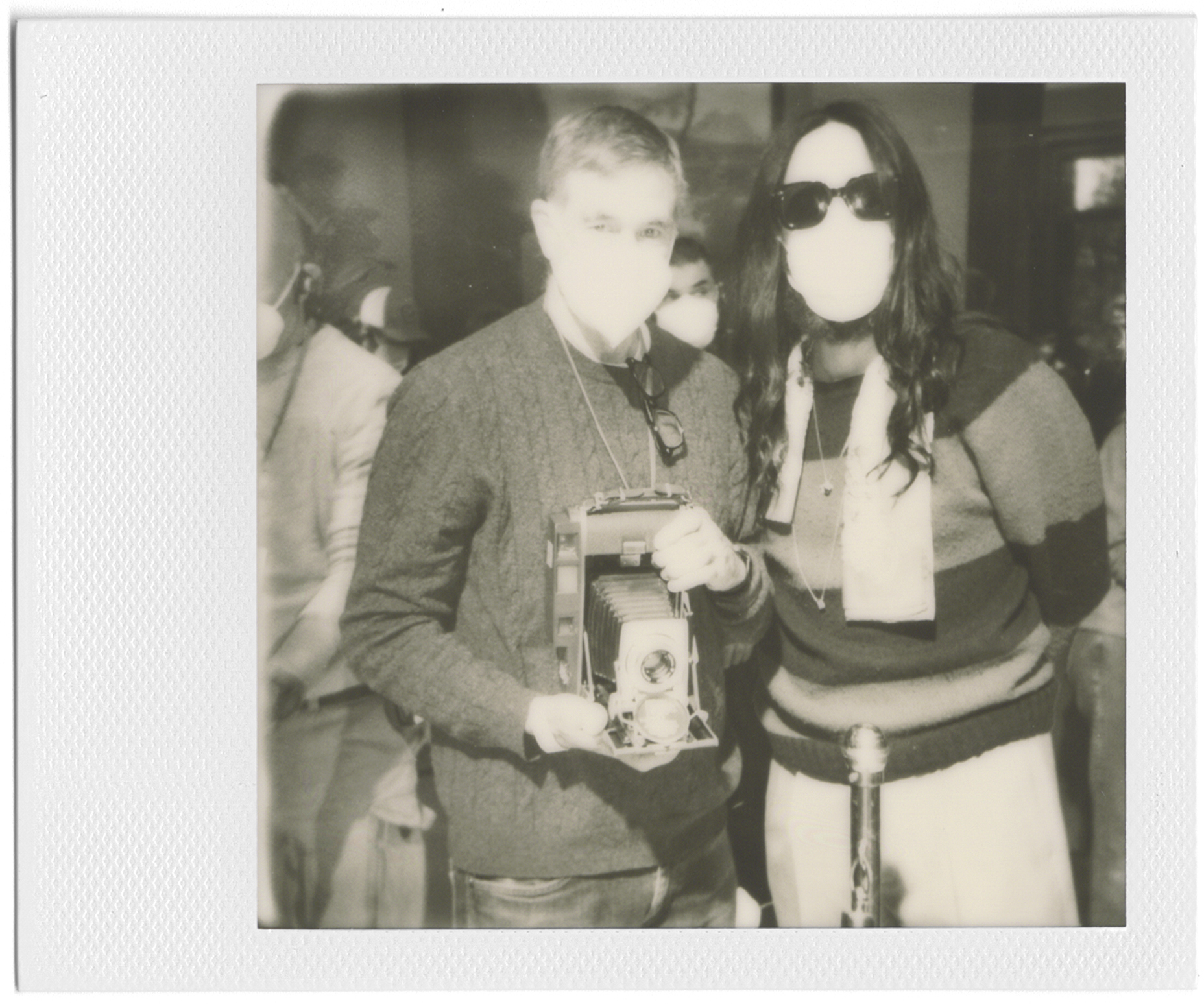 Fashion Buying student gets a head start before graduation