Dr. Jennifer Russell, the chief medical officer of health, directly addressed the youth of New Brunswick at Tuesday’s news conference, urging them to do what they can do to reverse the trend of COVID-19.

“New Brunswickers under the age of 30 are contracting COVID-19 in growing numbers and passing it to others,” Russell said. “Children, teens and young adults are not immune to this disease,” and can pass it on to others who are more vulnerable.

Russell urged them to wear a mask in public, maintain physical distancing. “You can help return all zones to the yellow phase,” she said.

There are now 94 active cases in the province, with no one in hospital with the disease.

“There will be more cases,” Russell warned. “A record number of people across the province self-isolating … and the risk that our hospitals will be overwhelmed is high.”

Cardy said there are now seven schools in the Saint John and Fredericton regions that have been impacted and he understands parents are concerned, “but we have reason to be optimistic.”

He said the province has learned from the earlier outbreak in the Campbellton region.

“In the summer I was clear,” he said. “I said there would be more cases, and more deaths. This is not a surprise.”

He said officials took the summer to develop a plan, and thanks to the work of contact tracers across the province, and residents, New Brunswick was able to push COVID-19 back.

But Cardy noted a handful of classes in Zone 2 and 3 will be learning from home “in the coming week or two,” including Hampton Middle School and Lakefield Elementary School in Zone 2, and Centreville school and Montgomery school in Zone 3.

There will be remote IT services to assist parents if there are technical issues, said Cardy, who provided this number: 1-833-453-1140.

An elementary school in the Quispamsis area is the latest New Brunswick school to report a case of COVID-19.

An email was sent out to parents at Lakefield Elementary School on Monday.

This brings the total number of confirmed COVID-19 cases at New Brunswick schools to six since last week, and 11 since the school year began.

The email to Lakefield parents says the kindergarten to Grade 5 school is working with Public Health to identify students and school personnel who might have come into contact with the coronavirus.

“If you are not contacted by Public Health officials, your child can continue to attend school.”

Education Minister Dominic Cardy joined us to talk about going to school in the orange phase, and the COVID-19 cases and exposures in our schools. 14:42

The email went on to say that further details will not be released, in order to protect the confidentiality of students and employees.

Education Minister Dominic Cardy said Monday that schools will move to online learning right away if there are any risks to students or if the number of cases increases.

How much is too much information in a pandemic?

There’s a fine balance between saying too much and not enough during a public health crisis, an associate professor of public policy at the University of British Columbia says.

“Feeling the information is consistent and trustworthy will really help with compliance, so it’s completely crucial,” said Heidi Tworek, who is also the co-author of Democratic Health Communications during COVID-19: A Rapid Response, which has been featured in the New York Times, Financial Times, CNN and elsewhere.

When a crisis emerges, she said people tend to have a lot of anxiety and want as much information as possible.

“At the same time, we have to recognize there is a limit to information authorities may be able reveal,” she said.

New Brunswick Public Health has been cautious about how much information it makes available to the public, withholding all details except the health zones where cases have turned up, the ages of the people who tested positive, and whether their cases are travel-related or under investigation.

Although some of her counterparts have used data to show how the disease has spread through a particular area, Dr. Jennifer Russell, New Brunswick’s chief medical officer of health, has said she will share only what she’s decided the public needs to hear.

There are seven zones in New Brunswick.

However, Zone 3, the Fredericton and River Valley area and the largest zone in the province, contains more than 20 communities.

Tworek said that if New Brunswick Public Health got too specific about where cases are, people in other areas might let their guards down, causing the virus to spread.

“We need to figure out the balance how specific to get … while at the same time trying not to reveal so much, for example, we’re stigmatizing certain people,” she said, citing what happened during the early years of AIDS and HIV which caused some stigmatization around gay people.

Russell has also avoided answering questions on other issues related to COVID-19 during the COVID news conferences that have happened on and off since the outbreak started in March.

But there isn’t a magic formula, Tworek said.

She said countries around the world have taken different approaches to releasing public health information, partly because they have different laws about privacy, she said.

Some countries are also more transparent. When the respiratory virus first broke out, authorities in Taiwan made a point of being transparent with the public, telling the public it didn’t have enough masks to go around and those that were available were needed for health-care workers.

However, countries like Canada have different degrees of disclosure depending on where a person lives. And some members of the public might have more trust in public health authorities than others.

She said the most important objective is for public health officials to build trust with the people they’re communicating with. And they can do this by explaining how and why they’re making certain decisions.

“I am following the rules.,” he told Information Morning Saint John on Tuesday. “I’m masked and I’ve never washed my hands more in my life.

“There’s a fear, there’s a shame. I didn’t know if folks were going to show up with tiki torches outside my home.”

He has been self-isolating since Friday after experiencing several COVID symptoms, including aches, trouble breathing, a cough and fever.

The Saint John region was recently sent back to the orange phase because of the recent spike in cases.

Darling is reminding residents to stay patient and calm.

The hospitality industry has been “barely hanging on,” throughout the COVID-19 pandemic, the vice- president of Restaurants Canada in Atlantic Canada says.

Bars, restaurants should be shut down, Saint John bartender says

A Saint John bartender says the government should temporarily shut down bars and restaurants in order to control the local COVID-19 outbreak.

Liv Wagg, 26, has been off work and self-isolating since last Thursday, after a possible COVID exposure notice at her workplace.

It’s been a stressful week, said Wagg, and every bartender she knows is on edge.

Wagg said she normally enjoys going to work and she thinks it’s nice for people to be able to socialize in bars, but she doesn’t agree bars should be open right now.

“I don’t think they should be,” she said. “I think we should be seeing a little bit more leadership from the government.”

Wagg said bar owners are taking precautions and following the rules, but a closure order would be a more clearcut way to reduce the spread.

Bar and restaurant staff have felt “weird” about working since the mandatory mask order came into effect, she said.

That’s partly because it’s hard to get patrons to follow the rules, said Wagg.

Customers often absent-mindedly pull down their masks to talk to her. And she has to remind them to put them back on.

“People forget and they’re like, ‘Oh, I can’t talk with this thing in my mouth.'” 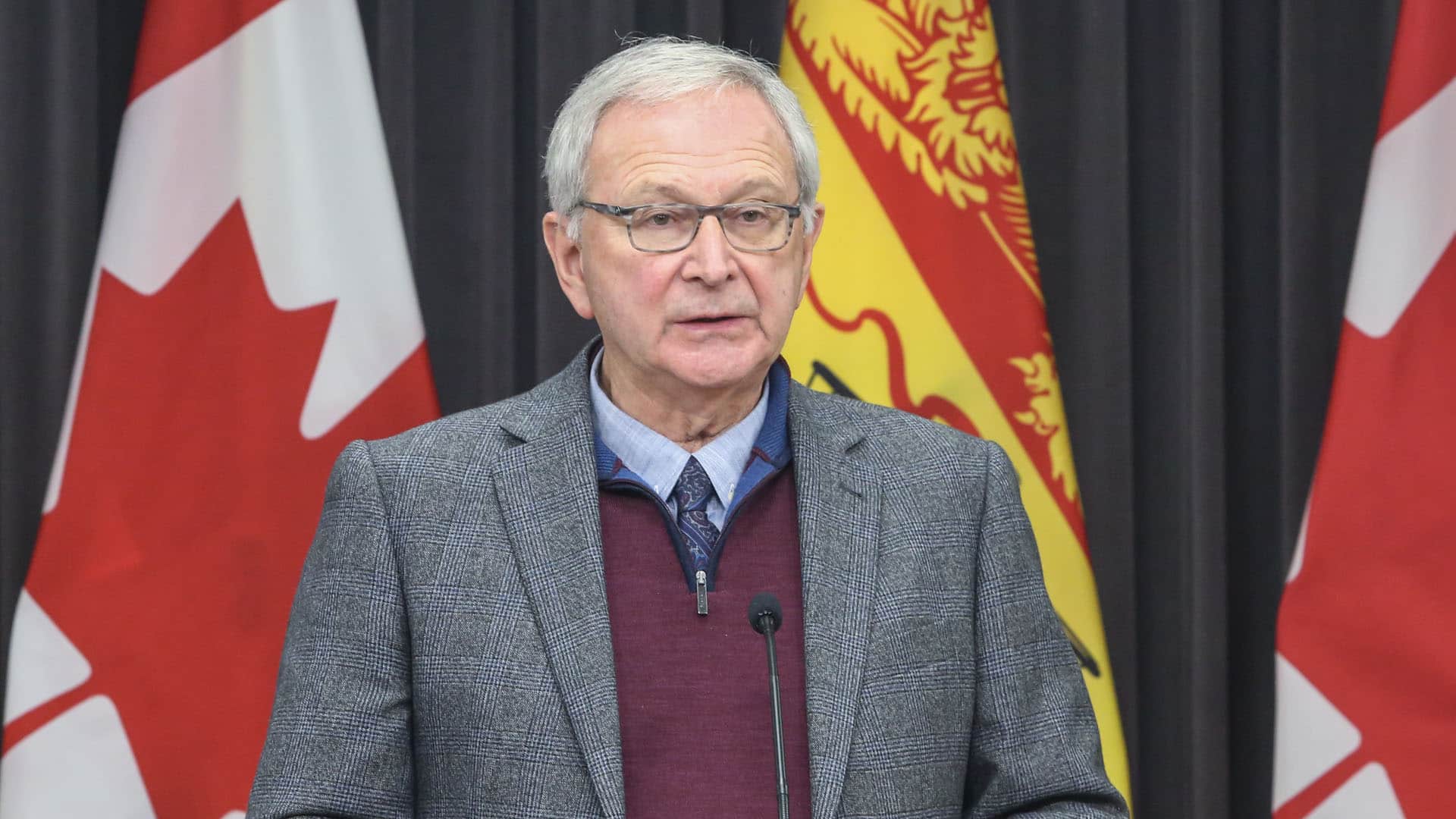 Premier Blaine Higgs announced Monday that New Brunswick will not be making changes to the Atlantic bubble, despite Prince Edward Island and Newfoundland and Labrador temporarily pulling out. 1:45

It happens so often, she said, it’s “almost comical,” except for the threat it currently presents to public health.

It puts bartenders in a difficult position, said Wagg, to expect them to catch and confront people who put fake names down for contract tracing or come in with people who are not members of their bubble, as the premier said during Monday’s news conference.

“I feel like it’s going to be really, really difficult to execute,” said Wagg.

When the bar is busy, she said, there isn’t time to double check names. 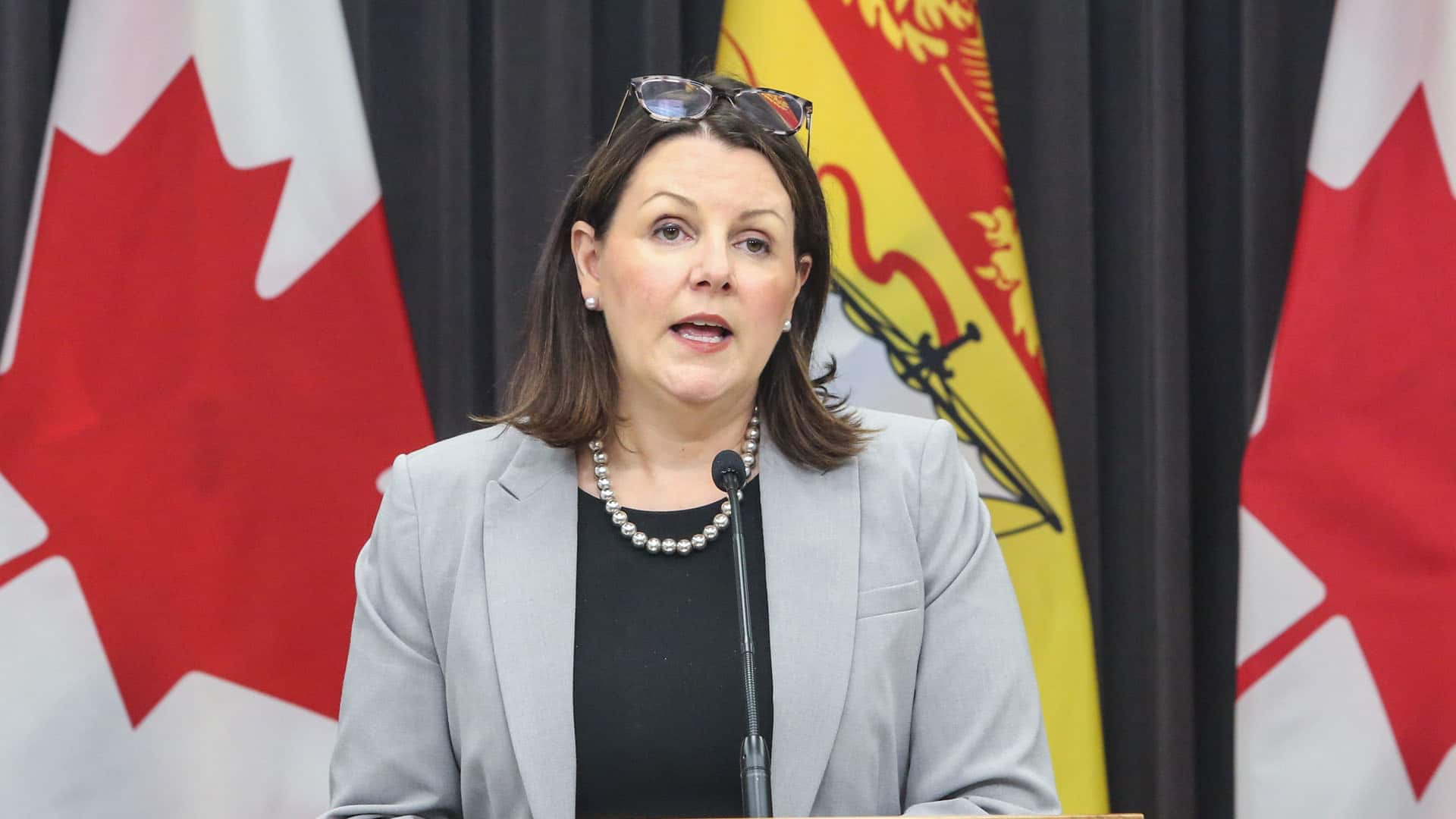 Dr. Jennifer Russell, New Brunswick’s chief medical officer of health, says there hasn’t been evidence of community spread in the province, but there are still 13 active COVID-19 cases under investigation. 1:22

And often young bar patrons will have IDs that show their parents’ address, not their student accommodations.

Wagg would also like to see the government make COVID testing more available to bar and restaurant staff. Nova Scotia has just done that. And it’s been recommended by epidemiologist Colin Furness based on what’s been learned from the way the disease has spread in Ontario. Chief medical officer Dr. Jennifer Russell said Monday that she’d consider it.

“I think that’s a really good idea,” Wagg said. “Anyone working in customer service really should be able to have more access to testing right now.”

Wagg said she hasn’t even tried to get a COVID test because she’s heard from other bar staff that she won’t get one because she doesn’t have symptoms.

Both Newfoundland and Labrador and P.E.I. announced Monday that they were leaving the Atlantic bubble for at least two weeks as COVID-19 cases rise in parts of the region.

New Brunswick isn’t following suit, although Premier Blaine Higgs is asking people to be cautious about travel outside the province.

New Brunswick Public Health reported 15 new cases on Monday, and one death, a person in their 80s in the Saint John region.

All 15 of the new cases have been “identified and are isolating,” said Dr. Jennifer Russell, New Brunswick’s chief medical officer of health at a news briefing Monday.

As of Monday, the province had a total of 89 active cases.

Seven people in New Brunswick have died of the disease since the pandemic started.

Moncton and Saint John have both been pushed back to the orange phase of recovery, while the rest of the province has stayed at the less restrictive yellow phase.

New Brunswick Public Health has released the following possible exposure to COVID-19 warnings for locations in Moncton and Saint John, including gyms, stores, bars, restaurants and on flights.

Anyone who visited the following businesses during the identified times should self-monitor for symptoms for 14 days.

Anyone who develops any COVID-19 symptoms should self-isolate and take the self-assessment online to schedule a test.

What to do if you have a symptom

People concerned they might have COVID-19 symptoms can take a self-assessment test online.

In children, symptoms have also included purple markings on the fingers and toes.

People with one of those symptoms should: