By Sarah Abraham For Dailymail.com

Actress Laura Harrier has undeniable beauty and talent to match.

On Thursday the 30-year-old Spiderman: Homecoming star showed off her model moves as she  did a photoshoot in Malibu.

Returning to her fashion roots after starting her career in modeling at the age of 17, the Chicago-born actress looked in her element as she posed up a storm in a casual cool outfit.

Fashion moment: Actress Laura Harrier, 30, looked in her element as she posed up a storm in an uber cool outfit during a photoshoot in Malibu on Thursday

Rocking a pair of eye-catching red and white striped trousers with a cinched belt, the five-foot-nine actress showed off her svelte frame.

Donning a black ace of hearts t-shirt that was tucked in and stylishly cuffed at the sleeves, Harrier flashed her toned arms.

With a brown Louis Vuitton bag in hand, the BlacKkKlansman actress showed off her versatility as she did a series of calculated jogs for a few shots. 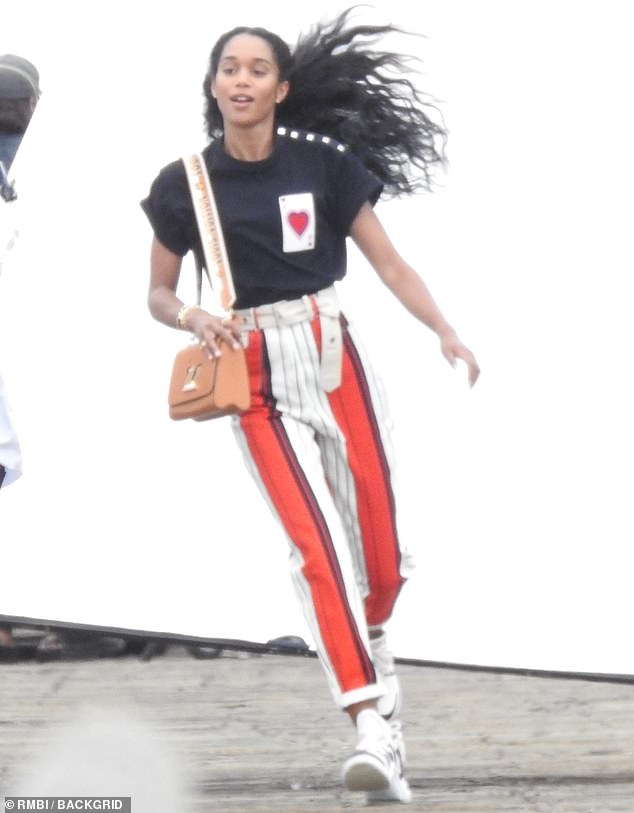 Model moves: The Hollywood actress showed off her moves as she jogged for a series of action shots

Suited up in a pair of funky white sneakers, she longingly gazed over the Malibu pier while flashing her slim frame.

She wore her hair down in loose curls with half of it pinned back, showing off her natural beauty in light makeup.

Recently the actress has been shooting season two of Netflix’s show Hollywood, which has been filming across Los Angeles.

Only her second television role after appearing on one season of the long-running soap opera One Life to Live in 2013, Harrier’s role as rising star Camille Washington showcases a journey much like her own. 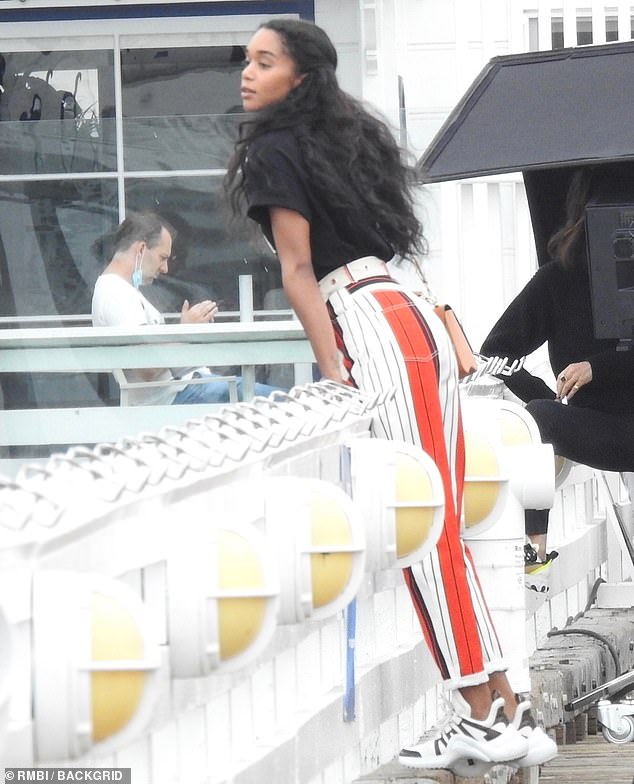 Longing gaze: Suited up in a pair of funky white trainers, she longingly gazed over the Malibu pier showing off her model physique

The show which is set in post WWII Hollywood sheds light on a lot of issues people of color are still facing in the industry today.

Speaking to British Vogue in May, Laura said:

‘Our show highlights both how much and how little has changed since that period. There’s still a lot of typecasting in the industry. Maybe it’s not openly said anymore, but there are roles that are seen as ‘white roles’.’

She added that she hoped that was ‘changing,’ thanking creator Ryan Murphy for making shows that talk about race and sexuality.

Race relations: Harrier said that she was proud to be part of a show that highlighted typecasting in the entertainment industry, as she plays an up and coming actress who

The pair dated for two years before quietly breaking up in May and unfollowing each other on social media.

Shortly thereafter a TikTok clip emerged from a woman who claimed to have been hanging out with Thompson during the course of their relationship.

Though neither party has confirmed why they split, they last stepped out together publicly in February at the Vanity Fair Oscar party. 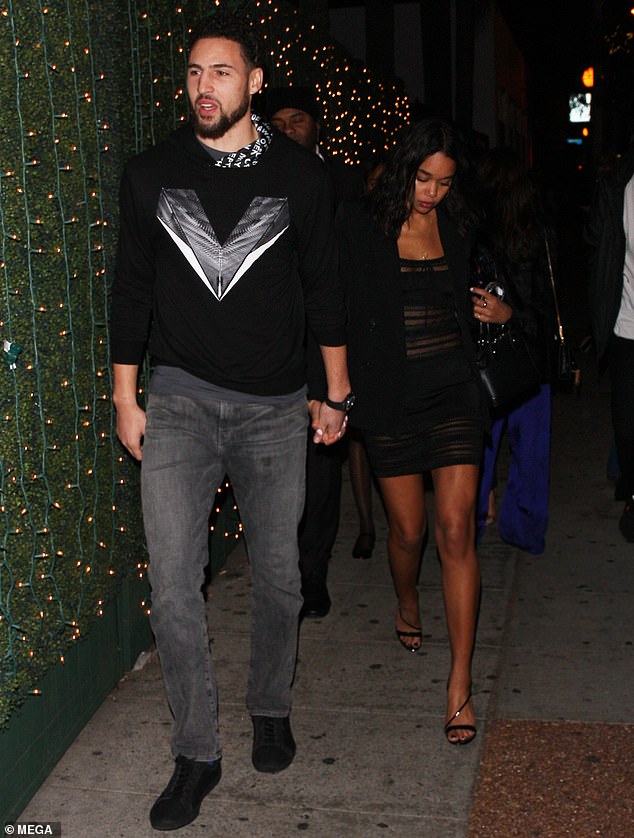 Calling it quits: After dating on and off for two years, Harrier and Thompson called it quits in May, with a clip accusing Klay of cheating on Laura emerging shortly thereafter; pictured January 2019