Amrita Arora and her sister Malaika Arora are fitness freaks, and there is no denying that. Before the pandemic began, both the sisters were often spotted outside a gym after a rigorous workout session.

Even during the pandemic, the two have not stopped exercising, and Amrita’s latest Instagram story proves the same.

Amrita Arora took to Instagram recently to share a picture of herself doing yoga. According to the post, Amrita revealed that she is addicted to her yoga mat, and we have to say she is giving us the perfect dose of motivation.

She shared the picture with the caption, “Mat addiction…#yogini.” She also tagged her sister Malaika Arora on the post.

WHAT IS AMRITA DOING IN THE PICTURE?

WHAT DID AMRITA WEAR FOR THE WORKOUT?

For the workout routine, Amrita opted for a halter-neck sports bra in black which she paired with a pair of black shorts. Amrita tied her hair in a sleek bun to round off the yoga routine.

After Amrita shared the image on her gram, her sister Malaika also gave it a thumbs up by sharing the post on her stories. 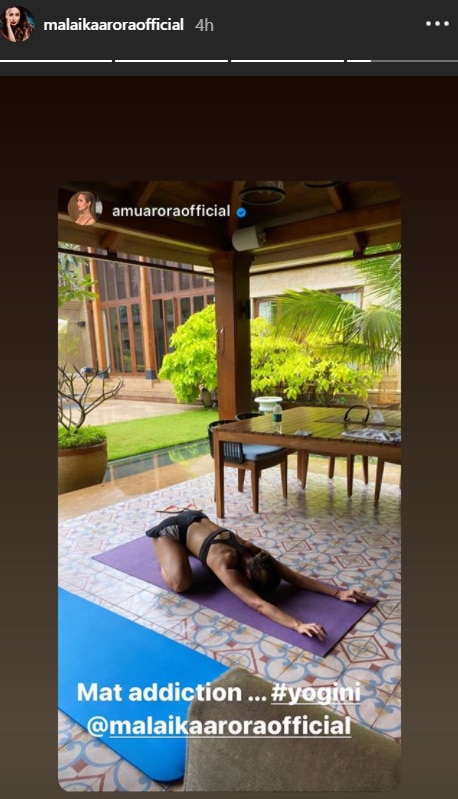 On the work front, Malaika Arora is back on India’s Best Dancer as a judge along with Geeta Kapur and Terence Lewis. The actor recently recovered from Covid-19 and resumed work.

What are the benefits of mindfulness? Take this interdisciplinary minor and find out.